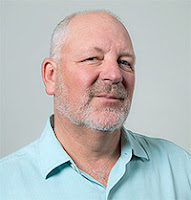 I’ve spent most of my life as a marketing consultant, graphic designer, and brand strategist, and writer. I trained as a classical guitarist in my twenties and started out on that path but soon decided that I wanted to be engaged with the world in a different way. My “career” choices were largely DIY, meaning that if I couldn’t find something that worked for me, I just built it - software, companies, tools, research methodologies, philosophies, identities, or buzzwords.

I started my first company, Lemon Design, in the early 1980s in the middle of a recession. In retrospect, this turned out to be a good time to start a business. I immediately began getting clients, some of them fairly prestigious. But it wasn’t easy, and I took an advanced degree from the University of Hard Knocks in short order. I helped to start dozens of companies, doing corporate identity systems, marketing collateral, and web development, at a very exciting time, when the Internet was first being commercialized. I eventually built the business up to the point where I was riding high on the tech wave of the 1990’s an early 2000’s, making and losing large amounts of money, like almost everyone else. Along the way, I found myself doing more managing than creating and selling, which was what I really wanted to do. The best thing about running a marketing communications firm was the hands-on, under-the-hood experience with very wide range of companies and organizations: startups, large corporations, non-profits, government agencies; and sectors: education, software, IT, architecture, publishing, media, real estate development, hospitality, and high tech. I developed and maintained several excellent client relationships and was fortunate to work with many wonderful clients. I also gained experience with every facet of running a business: sales, marketing, operations, HR, production, project management, and IT.

The downside of being in marketing communications was that at best, we would do great work and make clients happy, but deep down I didn’t feel connected with anything real. At worst, we found ourselves relegated to decorating information, rather than measurably influencing customer behavior or building customer relationships. This was not a problem limited to firms of our size or expertise- it was systemic to the entire industry, which for the most part did not operate on evidence because there wasn’t much available.

So I DIY’ed my next business, BrandSequence, focused on getting valuable, actionable, qualitative data from customers directly- I called it “Conversations with Ma and Pa Public.” As a marketing communications professional, I didn't have a lot of direct contact with my clients’ end users (neither did many of them for that matter), much less an understanding of what they were thinking and feeling, information that was essential to the success of whatever we were designing. With BrandSequence, I developed a unique process of customer interviews that combined phone and web apps to deliver quality data quickly and affordably. I developed a branding theory based on best practices from advertising and marketing (plus many other sources). I came to view any brand as having five distinct attributes or “dimensions”: category, character, benefits, difference, and credibility. Also, a brand is basically a reputation, comprised of the attributes common to the entire “brandscape”: not only customers, but employees, investors, competitors, media, suppliers, vendors, partners, and other players.

We designed and ran very really good research programs that delivered amazing insights and brand data from customers to our client companies. I loved building the web apps, analyzing the results, and interpreting what the common touchpoints were. Most of all, I loved executing the interviews, talking with hundreds of customers all over the country from all walks of life about their thoughts and feelings. It wasn’t all hard science, but it was a good deal more scientific and evidence-based than anything I had had before.

My next move was to become Director of Business Development for Rumsey Engineers, which later became Integral Group. I was interested in this project for three reasons. First, I wanted to revisit the DIY viewpoint, just to do something different, and work for someone else. I had a fair amount of experience dealing with architects and developers, and had connections in AEC in the Bay Area. Secondly, because I had worked with the former marketing director for PG&E, while doing marcom programs for the Electric Vehicle Association of the Americas, I was keenly interested in getting involved in the energy sector again. And finally, the most important factor was Peter Rumsey himself- he projected the kind of passion and vision that I knew would grow the company at a good clip. He and I hit it off right away, and proceeded to build the company up from 15 people to 45 or 50, with very strong growth in profits year to year over for five and a half years. We were riding the first “green wave” when green building was just taking off. Peter was ahead of the curve on a lot of things, as an engineer and a visionary. I learned a huge amount about energy efficient design, and worked with some of the key leaders in green building. Not only were our projects exemplary- some of the first LEED platinum projects in different building types, and we pioneered many deep green strategies and technologies – but I helped the company become real thought leaders in green building. We developed an internal education program that was immensely successful in motivating people and sharing knowledge. In a few cases, we were able to greatly impact the market adoption of certain highly energy efficient technologies. As the company became Integral Group and began to acquire other firms worldwide, I realized I had accomplished what I had set out to do and wanted to take some time to write, do more research, and do independent consulting.