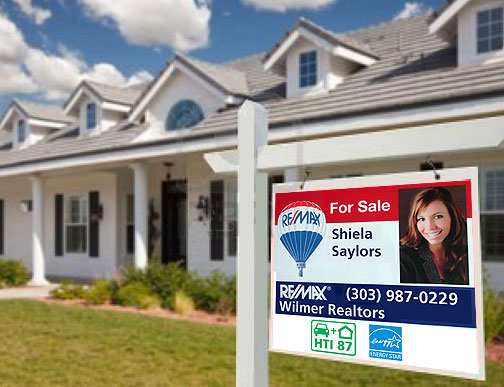 In my last post I talked about the need for a location efficiency metric. Since then, lo and behold, I’ve discovered that a very robust metric has been around for a few years, it’s called the Housing Tansportation (H+T) Index. Developed by the Center for Neighborhood Technology (CNT) and based partly on three studies done in partnership with the Brookings Institution and the Center for Housing Policy, the index represents a body of research on housing and transportation spanning more than 20 years.

What is the H+T Index, how is it calculated, and how can consumers, government agencies, and the private sector use it to make better decisions about where and how to build, buy, and invest in transportation and civic infrastructure? And above all that, how can we use it to grow jobs, stimulate the economy, and climb out of the depression?

The growing imbalance between income and combined housing and transportation costs in the U.S. is probably an underlying but largely unrecognized key cause of the mortgage meltdown, and represents a textbook case of what’s called an “externality” in classical economic theory, defined by Wikipedia as “…a cost or benefit, not transmitted through prices, incurred by a party who did not agree to the action causing the cost or benefit.” I define it as “stuff we didn’t or couldn’t predict, or forgot or willfully neglected to factor into the equation.” The raw facts of this imbalance, eloquently detailed in CNT’s report “Pennywise Pound Fuelish, New Measures of Housing and Transportation Affordability,” are that a significant portion of Americans are living beyond their means when transportation costs are factored into their choice of housing locations, and in many communities, people with long commutes pay more for transportation than for housing. Under traditional economic guidelines followed by lenders and consumers, which hold that housing costs should not exceed 30% of income, 69% of U.S. communities qualify as affordable. But by factoring in transportation costs and applying a 45% affordability benchmark, it turns out that only 39% of our communities are affordable. This 30% affordability gap is the elephant in the room, and there appears to be no zookeeper around. These unrecognized transportation costs qualify as an externality because neither mortgage lenders nor homebuyers by themselves caused the actions that created them, and for the most part they’re definitely not currently reflected in housing prices. This is yet another failure of “classical economics,” and yet another argument for completely replacing them with new models that deal adequately with “externalities”: things like, oh, water, fire, shelter, food, social justice, income equality, dignity, and host of others that we’re finding must be factored into all equations. But that’s the subject of another post.

CNT’s method for calculating the H+T Index is simple: total combined housing and transportation costs divided by income. The Index relies on nine variables in transportation costs, dealing with car ownership and use and public transit use. Housing cost data is derived from U.S. census data. Many will probably find much to quibble about in the exact methodology of data analysis and calculation, and such quibbling may produce a better metric of approach, but I’m more interested in exploring the broader implications of an index and how it can be applied and implemented through a rating system.

One of the many reason I like a rating system for location efficiency is that similar systems have worked so well for appliances (Energy Star) and buildings (Energy Star and LEED). With appliances like refrigerators, energy efficiency ratings helped incentivize manufacturers to develop products that were significantly more energy efficient, yet bigger, higher quality, and surprisingly, more profitable. Even though buildings are a completely different type of “product” for the consumer, and infinitely more complex, the Energy Star rating does apply to homes, as does LEED, which also addresses water, indoor environmental quality, and many other factors. Since we have rating system models for appliances, homes, and cars that are now up and running in the market, why not develop one for a key economic factor that can make or break development on a regional scale: location efficiency?

For behavioral and cognitive reasons, I think that an H+T Index rating should follow the Energy Star model, where a higher rating on a scale of 1-100 is better. Like Energy Star, neighborhoods or individual buildings would be rated against a constantly updated database of all buildings and neighborhoods, compared to the most location efficient.

The rating system will help to incentivize and build awareness of location efficiency, an initiative that has already been endorsed by the federal government, specifically Housing and Urban Development (HUD) and the Department of Transportation (DOT). Location efficiency is already a loan qualification criteria, according to Daniel Olsen, the home mortgage guy at my local Wells Fargo in the Haight Ashbury in San Francisco. To be sure, it’s only one of many factors that influence lenders qualification practices, but the fact that it’s now in the mix is encouraging.

A clearly understood label for neighborhoods and houses will help homebuyers to make more informed choices, with more information about the true costs of housing location. “Drive till you qualify” buying behavior will increasingly be seen for the losing strategy that it truly is. A focus on location efficiency incentivizes higher density development in general, and Transit Oriented Development (TOD) in particular. It can reduce costs for homeowners (more money in consumers’ pockets will spur economic recovery and create jobs), provide more accurate risk assessment for lenders, which can stimulate lending- this will also help to stimulate the economy. It will ultimately improve the “livability” of cities and neighborhoods, provide more transportation choices, and help to insure that housing developments are assessed in light of their impact on transportation infrastructure, and vice versa.

Sprawl is the very antithesis of sustainability, and all indications are that it will begin to collapse, it’s just a matter of when, not if. One clear market indication is that sprawl is already overbuilt- production builders are not building low density developments anymore.

This one dimension of building and development, location efficiency, has a tremendous unexploited potential on its own. But what’s better ultimately is to combine it with efficiency strategies at many other levels- energy, water, and other resources, as the benefits gained from one strategy accrue to another. I got worked up about location efficiency mainly because of my personal professional experience promoting energy efficiency. One of the big lessons I learned was that once you cross a certain threshold, whole system effects can contribute to a compounding of benefits and savings and make efficiency investments pay off at a much higher rate than previously expected. So focusing on location efficiency will result in energy, water, and material efficiencies that will in turn ultimately improve the livability, walkability, economic health, and spiritual and physical well being in our cities communities and neighborhoods. CNT has done excellent and valuable work in mining and analyzing a lot of data and creating the H+T Index, and many of its sound policy recommendations are fortunately beginning to work their way into the fabric of government and land use planning practices. The next step is to roll out a rating system that gives the market better information about the relationship between housing and transportation costs.
Posted by Clifton Lemon at 6:38 PM